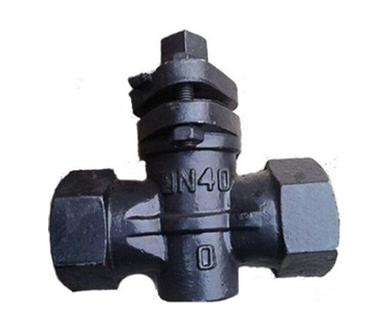 1. The plug valve is used for frequent operation, and it opens and closes quickly and easily.

2. The fluid resistance of the plug valve is small.

3. The plug valve is simple in structure, relatively small in size, light in weight, and easy to maintain.

5. Not limited by the installation direction, the flow direction of the medium can be arbitrary.

6. No vibration and low noise.

The Installation and Maintenance of Plug Valves

1. Make sure the plug valve is open. Heat the pipes first. Transfer as much heat as possible from the pipe to the stopcock. Avoid extending the heating time of the plug valve itself.

2. Use gauze or wire brush to remove pipes and cut parts to make their metal surfaces glow and shine. Steel wool is not recommended.

3. First cut the pipe in the vertical direction, trim and remove the burrs, and measure the pipe diameter.

4. Apply flux to the outside of the pipe and the inside of the welding hood, the flux must completely cover the welding surface. Please use flux sparingly.

The Selection Principle of Plug Valves

①It is used to distribute the medium and change the flow direction of the medium. The working temperature is not higher than 300℃, the nominal pressure PN is less than or equal to 1.6MPa, and the nominal diameter is not more than 300mm. It is recommended to use a multi-channel plug valve.

②It is recommended to use austenitic stainless steel for the equipment and pipelines of food enterprises such as milk, juice, beer, and pharmaceutical factories.

⑤ In the large-scale chemical industry, in the pipelines and equipment containing corrosive media, where the opening or closing speed is required to be fast, the teflon sleeve sealing conical plug valve can be selected for the nitric acid-based medium; For acetic acid-based media, Crl8Nil 2M02Ti stainless steel inlaid PTFE sleeve can be used to seal conical plug valve.

⑥ In the pipelines and equipment of gas, natural gas and HVAC systems, the nominal diameter is not greater than 200nm, and packing type conical plug valves should be used.