The bellows sealed gate valve, also known as the cut gate, is the most widely used valve. The opening and closing parts of the bellows gate valve are plug-shaped discs. The sealing surface is flat or conical, and the disc moves linearly along the center line of the fluid. The movement form of the valve stem includes a lifting rod type (the valve stem rises and falls, and the handwheel does not rise and fall), and a lifting rotating rod type (the handwheel rotates and lifts together with the valve rod, and the nut is arranged on the valve body). The bellows sealed gate valve is only suitable for fully open and fully closed, no adjustment and throttling are allowed. This type of valve should generally be installed horizontally in the pipeline.

As a valve supplier in China, Mstnland provides high-quality bellows sealed gate valves for customers to choose from. 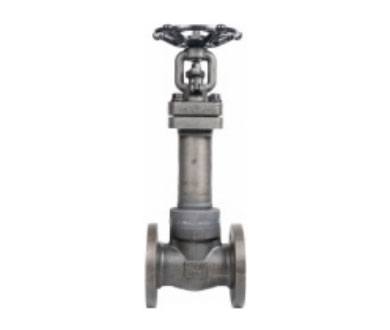 The bellows sealed gate valve adopts a unique double bellows seal gate valve, which completely eliminates the problem of stem packing seal leakage and meets the most serious leakage level requirements. In the unfortunate event that the bellows fails, the packing seal on the stem provides a secondary seal to prevent leakage.

The bellows sealing structure not only eliminates leakage, but also requires no maintenance. If the internal parts need to be replaced, it is convenient, simple and fast, and all parts can meet the standard exchange.

There are grease fill holes in the bonnet to lubricate the stem and nut bushings.

The bellows sealed gate valve adopts a unique spherical cone surface valve core instead of the traditional plane valve core, which can be roughly controlled by manual flow. The surface of the valve core is hardened, which improves the sealing performance. It can be installed vertically below DN150, and the valve core can be adjusted by itself.